Pride in the Beautiful game – Professional footballer comes out 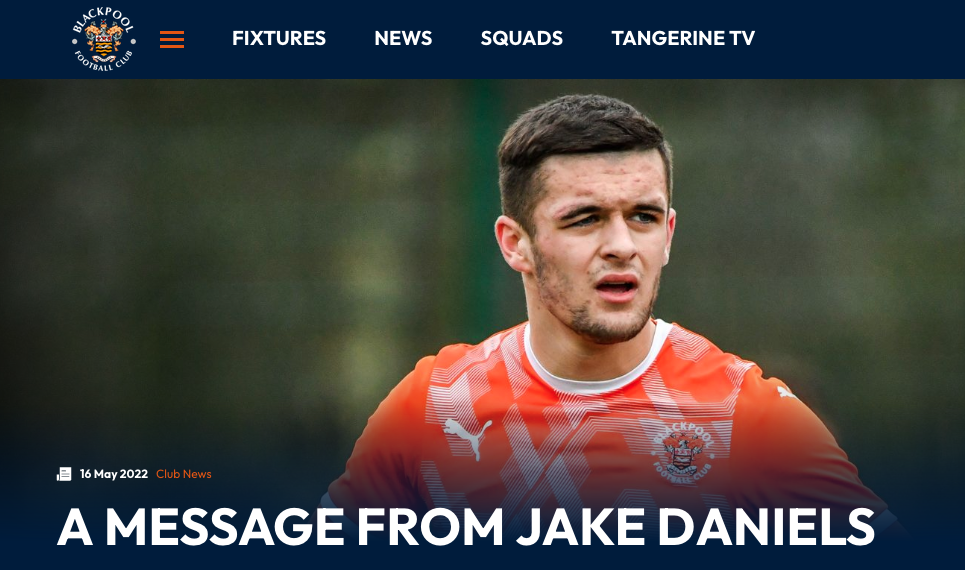 Pride in the Beautiful game – Professional footballer comes out

As the days countdown to June’s Pride Month, Jake Daniels, a 17-year-old professional football player from Blackpool, UK has made international headlines for coming out as gay.

If football was reflective of society, statistics say there should be at least 2-3% of professional footballers who are gay.  Jake is part of a tiny fraction of professional players to have come out, which begs the question – “If a 17-year-old footballer feels comfortable enough to announce his sexuality, why haven’t we heard from more established and older players?”

It could be a sign of him having a good support structure of family, friends and education.  Jake is from the latest in-take of team members – the youngest generation of professional footballers – and he would have been at school two years ago, so it could also be the result of him being brought up in a society that is more inclusive of LGBT+ people.

Society evolves and young people have different attitudes in 2022 than even just a few years ago, so the future looks bright for further progress.  Making predictions is pointless, but I hope Jake won’t receive abuse in the different stadia he will visit as a player.  The Police and Stewards will need to be trained to spot and tackle homophobia at grounds and the experience and good practice from tackling other types of bigotry will point the way forward.

A bigger challenge comes from the people that hide behind social media – a totally different ball game (pardon the pun – couldn’t resist).  As long as Jake is successful on matchday he may not have any problems, but remember the racist abuse that occurred after England went out of the Euros when three Black players missed their penalties.

I am optimistic and I believe the vast majority of football fans are among the more accepting and inclusive groups in general, with their heroes coming from a range of diverse backgrounds.

As a football fan, my primary concern is that the players at my beloved Manchester United perform well and that they put their heart and soul into every match.  I want them to metaphorically spill their blood, sweat and tears into making my team into serial trophy winners again.  I don’t care who they are attracted to, what religion they are, what their racial background is, what gender they are – none of those things matter on the pitch.  They should be able to be themselves, bring their whole selves to work and to give all of themselves to the cause of making my team great again. I’m sure the vast majority fans will feel the same way about their teams and players – skill and talent are all that matters.

I and my colleagues at Irish Centre for Diversity wish Jake the very best for a stellar career and hope that he leads to way for others to follow.