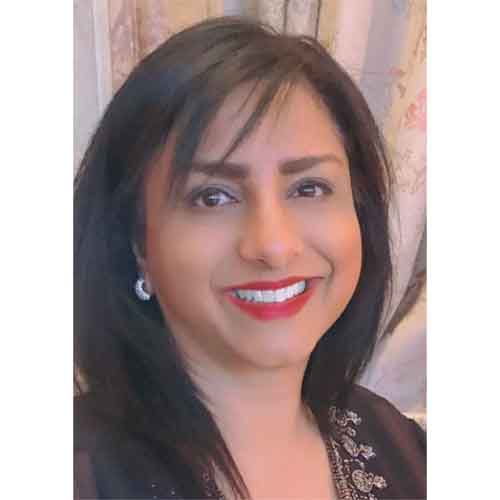 Mina has over twenty-five years of extensive experience of working at both operational and strategic levels in the EDI arena and through her wide portfolio of roles has built up vast experience and expertise.  Her previous substantive roles have been at NHS Luton & Bedfordshire, where she was an Assistant Director and Waterhouse Consulting Group, where she was Chief Executive. Prior to this she worked for the London Borough of Havering where she was the Chief Diversity Adviser. Mina has also led on diversity in the Police service, as the highest-ranking Indian woman to Policing in 2004; the Commission for Patient & Public Engagement (West Midlands); Home Office; the Probation Service, Regional Development Agency, and the private sector. Her Board experience has included being a member of Cambridgeshire’s Force Executive Board, Race for Health Board and as a National Association for Primary Care (NAPC) Council Member.

Whilst intermittently running her own company alongside substantive roles, for the last seven years Mina has been working as an independent consultant and trainer supporting public, private and voluntary sector organisations deliver on matters related to Inclusion and cohesion (which include equality and diversity) and transformation and change (which include inclusive leadership, change management, community consultation and engagement). Her clients have been varied and have included various Civil Service departments, the NHS, Local Government, Optum (the UK arm of Healthcare United) and the Federation of Small Businesses (FSB) amongst others.  Mina also works as an Associate for several other organisations such as the Consultation Institute (tCI), the National Centre for Diversity, Diverse Matters and Abstract.

Qualified in a number of disciplines such as Neuro Linguistic Programming (NLP), Hypnotherapy and as an accredited DISC Personality Profiler, Mina also sees individual clients for coaching & mentoring.

One of the youngest Indian women to hold a variety of senior public sector roles, Mina was awarded the Winston Churchill Fellowship in 1998 and received a personal invitation from the Prime Minister to a reception for the Millennium Celebrations. In 2006 she was the winner of the Top 10 Historical and Local Black & Minority Ethnic Role Models for Cambridgeshire and her other accolades include heading up a department chosen for excellence (out of several hundred organisations) by Diverse Britain 2007. Her work at the London Borough of Havering was also chosen to be featured in Diverse Britain 2008, The Parliamentary Yearbook 2009 and was the only London Authority to be featured in a documentary on `Diversity in Local Government` produced by Fusion Broadcasting.

In 2011 Mina was identified as a national champion for the Equality Delivery System (EDS), by the Department of Health (DOH) and her work was showcased in the national guidance document and Equalities Review. She was also subsequently selected as the East of England regional winner the CCG Inclusion and Engagement Award.